The secrets of vault B

History of Gold and Facts About Gold | Mythology 20 Feb 2018 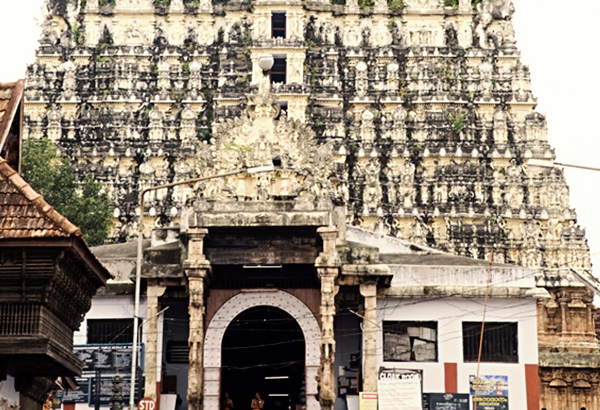 Walk down to Padmanabhaswamy Temple in Thiruvananthapuram, Kerala and you would notice a temple that you would have seen anywhere in the state. Thousands regularly flock the temple to worship Vishnu. But there lies something hidden. More like an open secret. What is it?

Treasure – a collection of valuable objects including the gold throne, crowns, coins, statues and ornaments, diamonds and other precious stones. Just take a minute and imagine yourself walking into a chamber full of gold.

The treasures lay in 6 secret vaults named A to F. Out of these vaults B has not been opened fearing a curse to those who opened it. We shall get back to vault B, but let’s look at A, C, D, E and F to understand the possible treasures of unimaginable proportions.

Here are some of the treasures found – a three and a half feet tall statue of pure gold idol of Mahavishnu, a gold chain that was 18 feet in length, a gold sheaf weighing 500 kilos, 1,200 thick gold chains with a lot of precious stones embedded in them, gold coconut shells that are embedded with rubies and sapphires.

And all of this doesn’t take into account the sacks full of precious gems, necklaces, and ancient artefacts. In fact, there are gold coins from the Napoleonic era and also from the Roman Empire. “These coins are invaluable as they are from different millennia. Some of them are from the time before Christ was born,” says various media report.

Most would not have known about the various treasures until the Supreme Court ordered for it to be opened. As the vaults opened, two more were found, named G and F. But B remained still close, mostly because people saw a bad omen, if the room was opened. Enshrined is a snake on its entrance which priests see as a warning.

The committee members appointed by the Court opened the metal-grille door to vault B to discover a sturdy wooden door behind it. When this door opened, a third door made of iron, kept seekers out. This lead the observers to hire a locksmith, but the Travancore royal family got an injunction against opening vault B.

With these facts have only proving to support the priests warning.

In an article for the New Yorker, Jake Halpern wrote “…most residents of Trivandrum had not been clamoring for the temple’s vaults to be searched. This had initially puzzled me. In America—a nation of conspiracy-obsessed newshounds that places high value on “closure”—it’s inconceivable that a mysterious, locked door would be left alone. But in India the wealth stored in the vaults of Hindu temples is viewed largely in spiritual, not monetary, terms.”

Maybe this time, let’s keep it close. At the very least, for some time.

Mexican 50 Peso is the official gold coin of the Mexican mint and is considered amongst the largest bullion coins minted for currency. Each coin contains 37.5 grams (1.2057 oz) of gold in an alloy of 90% gold and 10% copper (21.6 karat). These are popularly referred to as Centenario and were first minted in 1921 to commemorate Mexico's 100th independence anniversary. Its obverse side contains the image of Winged Victory

In 1912, the Olympic gold medals awarded were completely made of gold. However, now the gold medals contain only six grams of gold. 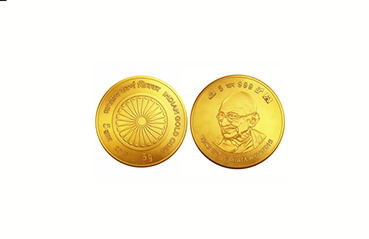 How Indian Gold Coin stands against other gold coins of the world? 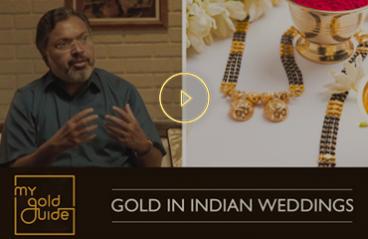 How exposed is gold to climate-related risks?

Understanding the significance of gold in Middle Eastern countries

This is how gold nanobricks helped in making invisibility cloaks 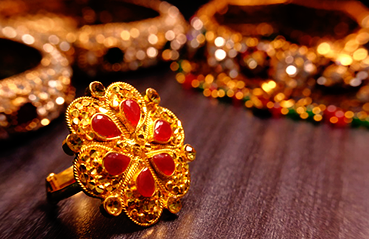 A mangalsutra is a special necklace that a groom ties around the bride's neck in traditional marriages. It is derived from the Sanskrit word 'mangala', meaning 'holy, auspicious', and 'sutra', meaning 'thread'.

If all of the existing gold in the world was pulled into a 5 micron thick wire, it could wrap around the world 11.2 million times.