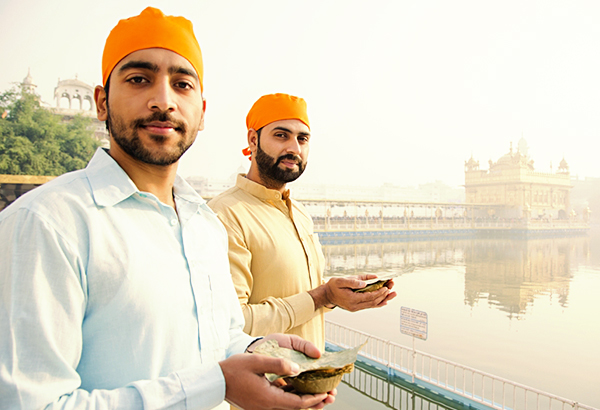 Being a person of faith can be both a deeply personal experience though it may often be presented as collective, community experience. Many of the faiths practiced in India have their own specific ties to gold and it is little wonder then that the faithful view this metal as valuable, un-perishable and beautiful.

The earliest mention of gold in Hindu scripture comes from the Rig Veda Samhita, in a description of golden vessels for specific sacrificial rites and rituals. Another ancient Hindu text, the Arthasastra, describes gold as “having the colour of lotus, soft, lustrous and not producing any sound.” These texts along with Hindu-based folklore and mythology are more than just cues about the value of gold – they stand as significant historical markers of which civilisations used the metal and how. The festival of ‘Akshaya Tritiya’ is celebrated by both Hindu and Jains though for different reasons. Both communities consider this an auspicious day, starting new businesses and buying gold in large quantities in the hopes of prosperity. The association of gold with value and beauty extends even to the architecture of some of India’s most revered temples and places of worship. The book The Christians of Kerala by Susan Viswanathan is an ethnography of the material and ritual lives of Syrian Christians in Kerala. We know from Viswanathan’s scholarship that the cultural life of this devout Christian Community in Kerala deeply intersects with life traditions that have roots in Hindu Philosophy. This points to shared cultural associations with gold by both groups that began at least a century before the colonial encounter.

All this history impacts our understanding of the value of gold as sacrificial offerings. Many devotees offer gold to the temples of their choice on a regular basis so much so that temples now house an unspecified amount of the metal which is used by temple boards for maintaining the temples and charity activities. In India, it seems that while we understand that we can gain favours from deities based on pure, unquantified devotion, we like to supplement our devotion with gold.

The People's Republic of China introduced a series of bullion gold coins in 1982 called Chinese Panda. The obverse side contains the design of the 'temple of heaven' and with Chinese characters on top saying "Zhonghua Renmin Gongheguo" meaning People's Republic of China and the design of the Panda displayed on the reverse side of the coin is changed every year. It earlier came in variants ranging from 1/20 ounces to 1 ounce, but since 2016 the metric weight system of grams was introduced.

The temperature of the human body is 37 degrees centigrade. Gold’s conductivity of heat means that it rapidly reaches body temperature – one of the reasons it has become valued for jewellery.