Lying in the depths of the asteroid belt between Mars and Jupiter is an orbiting asteroid by the name of 16 Psyche. 16 Psyche is roughly 226km in diameter and, unlike several other discovered asteroids, is thought to be composed entirely of metals, as opposed to rocks and ice. Scientists believe 16 Psyche is part of the core of an early planet and has enough iron and nickel to meet our demand for the metals for millions of years. More excitingly, 16 Psyche is thought to have abundant stores of precious metals—its solid gold core is estimated to be worth $700 quintillion dollars.  its solid metallic core comprises vast amounts of gold and precious metals like platinum in addition to iron and nickel. NASA will be sending a spacecraft to the 16 Psyche asteroid in 2022 to spend about 21 months mapping its surface and studying its properties.

Precious metals including gold exist in several other asteroids and burnt-out comets, not to mention the moon. Asteroid mining will prove to be a big leap towards the future of gold mining; let’s take a look at what it entails for us:

The size of the asteroid mining industry

In 2017, the asteroid mining industry was valued at $712 million, but it is predicted to grow at a pace of CAGR 24.4% per year through 2025, taking it up to nearly $3.9 billion. Asteroid mining involves identifying asteroids and other celestial bodies that have feasible quantities of metals and other minerals, setting-up mining infrastructure on them, mining them for said metals and minerals, and perhaps sending those back to Earth for research or use.  Both public and private players are involved in asteroid mining, often in partnership. American space agencies and private companies are currently leading the way. NASA is set to launch the Psyche mission in 2022. An unmanned mission, the Psyche spacecraft will house sophisticated equipment to analyse and map the surface and contents of the 16 Psyche asteroid.

Active geopolitical players apart from the United States include Latin America, the Middle East, and Africa. Within the private space, prominent space companies vying for a piece of the asteroid mining market are iSpace, Kleos Space, Asteroid Mining Company, Planetary Resources, and Virgin Galactic, among others. 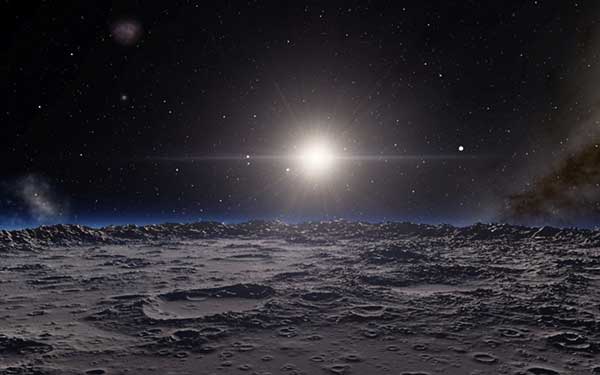 Lunar mining: The next gold rush?

Mining asteroids could be lucrative, but it comes with a set of technological challenges. For one, most near-Earth asteroids are still quite far and would have to be pulled into Earth’s lower orbit to make them feasible to mine, which is no easy feat. More tantalising, however, is the prospect of mining on the moon.

The moon contains three elements that make it attractive from a mining perspective: Helium-3, water, and rare earth metals.

Mining on the moon (and by extension, on asteroids), however, presents substantial technological and logistic hurdles. To mine the moon, humans will have to set-up considerable infrastructure on it, including but not limited to sophisticated 3D printers, autonomous mining robots, processing equipment, and some sort of a lunar base. Sending this equipment to the moon will be equally expensive; the moon is nearly 400,000 kilometers away, and it currently costs an estimated fifteen thousand dollars to send 1kg of materials to the lunar surface. Companies like SpaceX, however, are working on reusable rockets that might help reduce these costs somewhat.

Additionally, it might not be feasible to send unprocessed lunar soil and ore back to the Earth for processing; such processing might have to be carried out on the moon itself, with the semi-processed and/or processed materials sent back either by rockets or some other purpose-built delivery systems. Running such a complex operation remotely might present unprecedented challenges. And lastly, there are the legal and geopolitical complications involved in an operation like this—does the moon, as well as other space rocks like asteroids, classify as “space commons”? Do all nations of the world have equal rights on its resources?

While no space agency or private space company has as yet attempted mining on the moon, interest in its potential is burgeoning. In April 2020, former President Donald Trump signed an executive order encouraging American companies to mine on the moon and other space bodies. This executive order actively encourages commercial partners to recover and use resources in space. Mining on the moon, however, still presents substantial technological and logistic hurdles. It would require ferrying of equipment and materials into space, mining and processing ore by near-autonomous robots and machines, and transporting processed or semi-processed metal and gas back to Earth.

The vast quantities of gold available in asteroids like 16 Psyche, if mined, could have a detrimental effect on the global gold order. If gold were to be successfully mined in large quantities from asteroids, the resultant glut in the market would likely dampen gold prices, perhaps even bring them crashing down. It is unlikely that the avalanche of supply will be met with equally strong demand to sustain current gold prices. However, a modest increase in supply supplemented by an expansion in the applications of gold as a resource bears the potential to stabilise or even augment the price of gold.

In any case, the global gold order is likely to feel a shake-up in the face of successful mining of asteroids for gold. The companies or governments that successfully mine gold from asteroids stand to dominate the supply side of gold and hold sway over its pricing.