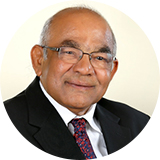 Gold has been an important part of the Indian economy since time immemorial. Even Roman senators discussed exporting enormous amounts of gold to finance imports from India.

Nearly 2,000 years later, in the early 20th century, an active gold and silver market developed in Mumbai. Gold and silver options and futures were actively traded and the Bombay Bullion Association, formed in 1948, included representatives from Government and the Reserve Bank of India (RBI).

This ‘golden era’ ended with the imposition of controls in 1963. Since then, gold has been the single largest contributor to non-official imports and the spread of black money, both in domestic and international trade. Curbs were lifted with the repeal of the Gold Control Order in 1990 and gold imports were liberalised in 1997, but there was little sign of a good or positive gold policy until 2015.

My interest and association with gold in the policy arena spans several decades, not least as joint secretary at the Ministry of Finance in 1991. We had to promulgate an ordinance to enable us to value the RBI’s gold reserves as per market value. We also had to lease gold held by the government with the State Bank of India to obtain foreign exchange. Ultimately, we had to pledge part of the RBI’s gold reserves in exchange for foreign currency to manage a serious balance of payments crisis.

These events reinforced my belief in the importance of gold to the Indian economy. I believe that, merely because demand for gold is traditional, it does not mean that it is irrational or undesirable. Women are responsible for most of the traditional demand for gold in India. Gold is inherited by women and they are deprived of it only under desperate circumstances. As gold is significantly non-depreciating in its physical form or in terms of value, it provides safety and security for women and, under difficult circumstances, liquidity.

This is particularly important given the absence of property rights for women in most of India. Even where property rights are equal on paper, women cannot in reality exercise them.

It seems highly inappropriate to discourage gold imports, which meet women’s needs, while allowing imports such as luxury cars and men’s shaving lotion. I believe that public policy with regard to gold should be fair to all, and not imply a bias against tradition or gender.

I became a public advocate of gold in the mid-1990s. In November 1996, after I joined the RBI as deputy governor, I gave a speech in which I departed from the official stance on gold and argued for an overall review of the policy stance to liberalise gold imports. The Tarapore Committee on capital account convertibility – headed by my predecessor in the RBI, SS Tarapore – subsequently recommended liberalising the import of gold.

The following year, I called for a new gold policy that would recognise the importance of gold in the Indian economic system, allowing it to play a transparent and positive role in industrial development, exports and employment, while encouraging an orderly development of the domestic gold market. Following this speech, the Standing Committee on Gold and Precious Metals was revived by the RBI and addressed the need for hallmarking and assaying gold with the Ministry of Consumer Affairs.

These reform measures – initiated in the late 1990s – began the process of formally organising an industry that was almost completely unorganised back then. Today, at least 10 per cent of retailers are organised, and amendments to laws, such as the Bureau of Indian Standards Act, are taking us further in that direction.

In fact, government policy now recognises several factors that contribute to gold’s unique status across India. First and foremost, gold is an integral part of our economy and economic activity, so we need to ensure that markets develop in an orderly fashion and that consumers are adequately protected. It is also worth noting that gold has the characteristics of a currency, competing with the official currency as a form of savings or a store of value. It is a commodity by definition – but its links with the financial sector provoke central bank concern.

This duality can be regulated however and current government initiatives seem to be moving in the right direction, marking a radical change in public policy.

In 2015-16, for example, three key initiatives were announced: The Gold Monetisation Scheme, the Sovereign Bond Scheme and the Indian Gold Coin Scheme. The Gold Monetisation Scheme, encouraging consumers to generate more value from their gold, has faced some practical and implementation challenges. The government may have to go back to the drawing board to make it work better and attract greater depositor and bank interest.

The Sovereign Gold Bond is issued by the government, its efficacy is untested and, to my mind, the benefits to both government and bond buyers are not obvious.

The Indian Gold Coin allows individuals to acquire gold coins of assured 24-carat quality. This is higher than 22-carat gold, which Indians prefer, but it is part of a growing awareness of the need to formalise the Indian gold market.

Across the board, government policy is at an embryonic stage. Importantly however, recent developments demonstrate a positive attitude towards gold – a radical departure from the past.

In effect, current public policy recognises that the Indian affinity with gold stems from a range of factors. Some of the demand for gold today stems from black market transactions, which have a nefarious influence on the economic system and social fabric and deserve immediate and serious attention. As part of that journey, a number of measures need to be taken. Over the long term, if the financial sector expands and develops, the economy grows and society evolves, demand for gold arising from cultural factors, property rights and general preferences will be resolved.

To that end, I believe the government’s current initiatives need to be taken further, culminating in a comprehensive gold policy, that addresses both opportunities and challenges and that focuses on what gold savings can do for India rather than whether India can do without gold.

The formation of an inter-regulatory working group on gold issues under the Ministry of Finance is a welcome step in this context. Elsewhere, institutions such as the Centre for Advanced Financial Research and Learning and the India Gold Policy Centre of the Indian Institute of Management, Ahmedabad, should also be engaged to build a genuine, independent knowledge base around India’s substantial gold savings.

Overall, as someone with a strong belief in gold’s economic contribution, I am optimistic about its future, not just in India but worldwide. There have been interesting developments across the globe that signal a heightened significance for gold in the global economy, particularly as a store of value.

For many years, central banks were net sellers of gold, so much so that, by the end of 2000, official central bank reserves of gold were 3,600 tonnes lower than in 1975. To stem further sales, 17 central banks signed the Washington Gold Agreement (WGA) in 1999 to put a ceiling on the total amount of gold they would sell. The second, third and fourth versions of the Agreement were put in place in 2004, 2009, and 2014.

However, attitudes changed radically in 2009, when central bank confidence in the international monetary system was rocked by the global financial crisis. Since that time, central banks have been net purchasers of gold, recognising its role as a long-term store of wealth.

India also changed its passive stance and bought some gold from the IMF, which had decided to sell a small proportion of its gold in order to help put the financing of the organisation on a sound long-term footing. To this day, the financial crisis continues to affect the global economy.

Looking ahead, we should expect a new era for gold, beyond its emerging significance after the crisis. The global leadership of the USA is under stress, but the US dollar remains the dominant global currency. An inward-looking economy with a globally used currency has built-in tensions. All major reserve currencies – the US dollar, the euro and the yen carry high public debt, giving gold an edge as a safe haven. In brief, global uncertainties – in particular, the monetary ‘non-system’, and the out-dated global financial architecture (IMF and the World Bank) – coupled with policies that are less than confidence-inspiring may bring about a new era that gives gold fresh lustre in the years ahead.