A gift worth in gold!

Why is gold seen as insurance?

When conversations begin about the 1991 financial crisis, almost all the conversation begins about how the then Finance Minister, Manmohan Singh set up regulation to save the Indian economy. And rightly so, as at the time, there was utter chaos. Maybe, chaos is the wrong word, rather secrecy.

After the country was unable to meet its Balance of Payments (BoP) and realizing it had foreign exchange reserves to last few weeks with a debt of $ 72 billion to the World Bank, it decided to immediately secure a loan of $2.2 billion by pledging 67 tonnes of India's gold reserves to the Bank of England (47 tonnes) and 20 tonnes to an unknown bank at the time. All anyone knew was that the gold had left for Zurich, Switzerland. But to who or where was still unknown.

As reported during the crisis by The New York Times, “The Government declined to identify the buyer, but The Business and Political Observer, a newspaper published by a powerful Indian industrial house, said the State Bank of India had sent the gold on Swissair flights, apparently to Zurich.”

Today, we know the 20 tonnes of gold was carried to the Union Bank of Switzerland to raise $600 million.

Statements from the government said that the gold was not a part of India’s reserves, but gold seizures from smugglers and illicit private hoarders accumulated over the years. This was a statement to rest assure a country that took extreme pride in its gold reserve and diffuses the continuous national and political outrage.

Secretly though, most politicians agreed it was the right move. In an article in The Hindu, S. Venkitaramanan, former RBI governor confessed a conversation Rajiv Gandhi, where the late Prime Minister stated: “Of what use is gold if it does not serve the national purpose in assisting the country in its difficulties?”

After the newly appointed Narasimha Rao government took over, the government announced a comprehensive package for developing small-and-village-level enterprises. It also unveiled the second trade policy package and announced the formation of a committee for recommending financial sector reforms, following which a new tax reform was set up.

As a result of these moves, India weathered the crisis and by 1992-93, the economy was on a far better footing. By the time Singh rose to present his second budget in February 1992, India managed to avert the ignominy of defaulting on its debt payments, forex reserves had improved to Rs. 11,000 crore and the fiscal deficit had been reined into around 6.5% of GDP in 1991-92.

18 years later, bought back its gold and today, India holds 557.8 metric tonnes of gold, much higher than in 1991. As they say to bring a bit of change you need a bit of chaos. 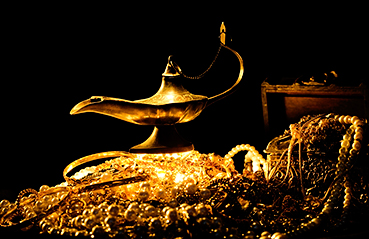