Siddhivinayak Temple and its gold quotient in 2020

Located in Prabhadevi in downtown Mumbai and renowned as one of the wealthiest temples in India, Shree Siddhivinayak Temple witnesses over 30,000 ardent devotees on weekdays to over 50,000 on weekends . Due to its popularity, this sacred place of worship is one of the most heavily guarded places in Mumbai. The temple premises have expanded substantially over the years and is now one of the most popular places of worship in the city.

Established on November 19, 1801, with a small black idol of Shree Siddhivinayak, the previously modest place of worship was converted into a magnificent temple in 1993. The prosperity of the temple has always been evident from the usage of gold in its construction. 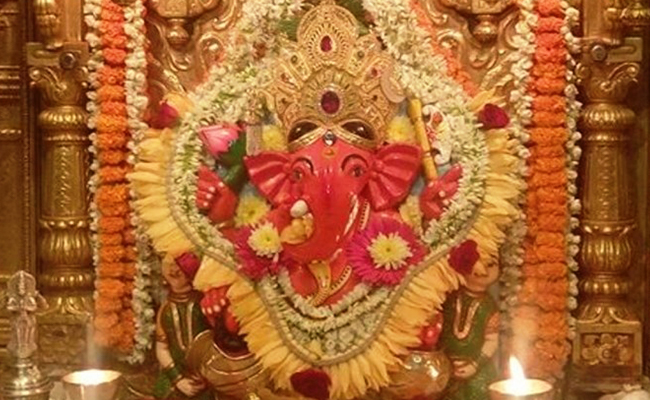 The temple features a majestic multi-angular structure with a gold-plated kalash (dome). The central main kalash is placed at the top of the temple above the Ganesha idol. It has been plated with 1500 kg of gold and makes for a very impressive and impactful sight. Devotees can seek blessings from a distance, which is a must during rush hours.

The temple’s influence is so wide-reaching that it prompted a Delhi devotee to make an anonymous donation of 35 kg of gold, worth Rs 14 crore. This now adorns the temple doors in the form of artfully designed golden leaves.

The octagonal-shaped inner top of the sanctum sanctorum, along with the ceiling of the main temple, was also renovated recently. A statement released by Aadesh Bandekar, the chairman of the Shree Siddhivinayak Ganapati Temple Trust (SSGTT), revealed that the renovation took about six months. The work was concluded between January 15 and January 19, 2020, when the temple was closed for the auspicious pran pratistha ceremony. 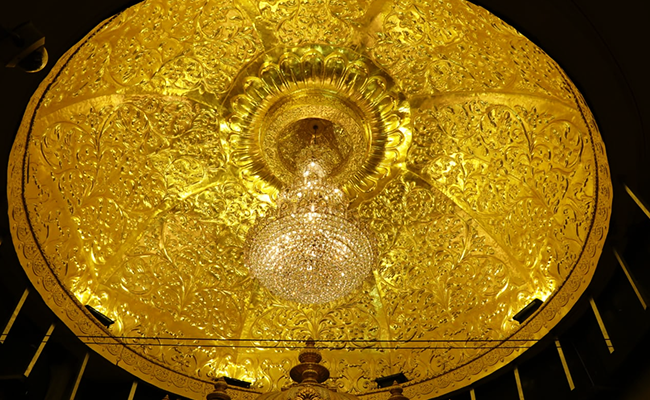 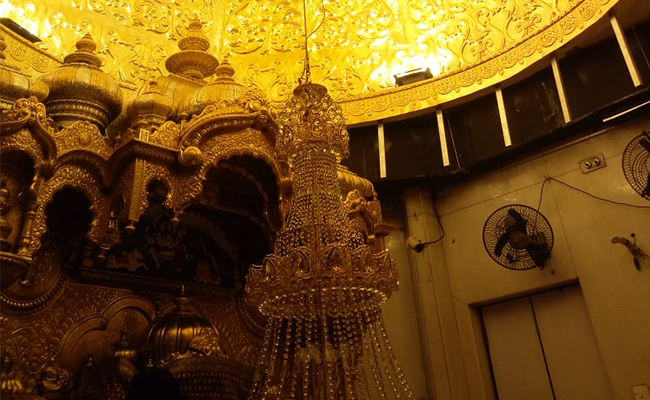 It is not unusual for the temple to receive enormous amounts of gold, including gold bars and ornaments. Sometimes, to convert the yellow metal into cash, the temple trust auctions the ornaments donated by devotees. The auction is organised in the presence of renowned celebrities, mainly on auspicious days such as Akshaya Tritiya, Ganesh Chaturthi etc. In 2016-17, the temple converted close to Rs 11 lakh of gold ornaments into cash. In 2017, Rs 320 crore was received in donations, and in 2018 that amount touched Rs 410 crore. These donations have been used to help the underprivileged since the temple proactively engages in social and community activities.

Besides the gold auction, in 2016 Shree Siddhivinayak Temple became the first temple to participate in the government’s Gold Monetisation Scheme (GMS). Under this, the temple committee deposited close to 50 kg of gold ranging from 12 karats to 24 karats with one of the branches of the State Bank of India. The temple has been earning 2.25 percent interest on this medium-term deposit, which the temple trust is likely to extend for a period of 12 years. This positive move is welcomed by the Government of India, which is constantly urging active participation from temples and other holy places.