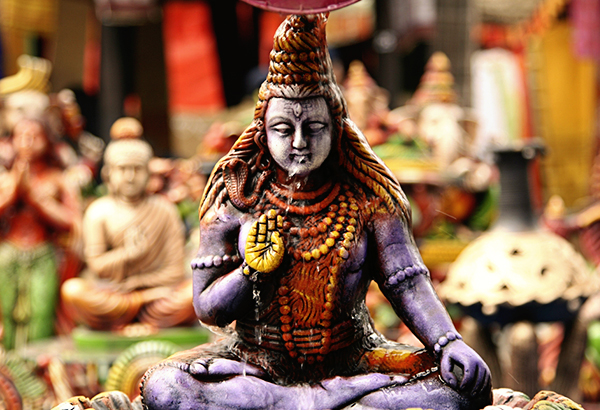 Did you know aerial battles and chases were quite common in our ancient times? We bet Flash Gordon, Buck Rogers and Star Trek will seem marginal when you read our ancient Indian epics! So, did airships really exist at that time? How did they look? There is a mention of ‘Vimana’ in Mahabharata, as “an aerial chariot with the sides of iron and clad with wings”. The asura, Maya, scoots a flying disc 12 cubits in diameter. Ramayana describes them to be double-decked circular aircraft with dome and portholes. The asura king, Ravana, drives an aerial chariot which looks like “a bright cloud in the sky”.

Vaimanika Shastra, a 4th century BC text written by Maharshi Bhardwaj, was rediscovered in an Indian temple in 1875. It is a detailed manual of how to operate Vimanas, precautions to take for long flights, how to protect airships and more. Rigveda also talks about “golden mechanical birds” that can carry people up in the heavens. There’s a Tripura or Tripurajit Vimana, an airship that travels as fast as the wind. It is said to be originally built for Lord Shiva. According to Vyamanik Shastra, this Vimana is said to be a three-storeyed flying large craft operated by motive power generated by solar rays. It has an elongated form, much similar to the modern blimp.

It has 3 aavaranas or enclosures or tiers. Each aavarana is called ‘Pura’. As it consists of three aavarana it is called as Tripura Vimana. Each of the three aavaranas allows it to naturally travel on sea, land, and in the sky by altering its structure. This divisible plane is made out of Trinetra loha, a metal. According to the Vimanika Shastra, the first part is 100 feet wide, 3 feet thick, round or square with 80 feet long, 3 feet wide, 5 feet high boat shaped drones to allow it to travel on water. However, to allow the Vimana to travel on land, it also has a system to draw wheels. The second floor is 80 feet wide and 3 feet thick, slightly smaller than the first part. This highly technologically advanced Vimana also has Sooryaathapopasamhaara Yantra or the burning-sun protection machine. It has an ability to pull the dark content from the solar rays, and use it to hide the Vimana from the enemy, called as Goodha, an ability to disappear!

So, should we believe in these texts? Traditional historians and archaeologists ignore such writings as some imaginative rambling of stoned ancient writers. If they exist, where are these Vimanas? Probably, there are seen around the world, named as UFOs!

KDM means gold in which cadmium could be mixed in a ratio of 92 per cent and 8 per cent, which ensured purity of 92 per cent. Cadmium-soldered jewellery was widely known as KDM jewellery. While KDM gold has been popular, it has been removed from circulation because it has been proven to be hazardous to health.